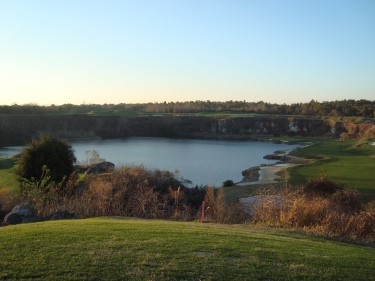 A couple of weeks ago, a woman came into my office, she seemed a bit distressed and said, “I don’t even know if I am in the right place, I heard you had a thrift store here.”

Her distress visibly increased as she said, “It’s my only day off and I can’t keep wearing the same clothes to work.”

At the time, I didn’t know that Dorcas Place isn’t locked from inside the church.

As we looked through some of the bins she told me some of her story… which I am not going to share, because her story is hers, not mine.

She had a couple of pieces picked out and asked me how much things were and after consulting the price list, I told her.

She continued to share more of her story and when she paused, I looked at her and said, “Whatever clothes you need today, you can have at no charge.”

Tears sprang to her eyes and she said, “I can pay for a few things.”

I said something like, “I have been in your circumstances… and this is a place where people who need a helping hand can get one.”

We found a few more pieces for her, I placed by hands on her shoulders and said, “Please know that will be in my prayers.”

I don’t share that story as a way of building myself up… I tell it because someone from Dorcas Place, actually a few people, made sure that I knew that we do this kind of thing.

Like the Dorcas of the second testament, you clothed a child of God that day.

She left, a little less weighed down and I felt as if I had encountered Jesus.

‘For I was naked and you clothed me…”

I was refreshed and moved by the sacred encounter.

Refreshed for service… service to God and this pastoral charge and community.

Dorcas is named a disciple in that scripture passage; and that is NOT insignificant.

She is the only woman who is named that… not there are others who are named followers… ones who were leaders in the early church… but she is the only one to be named a disciple.

She used her gifts to make the world a better place.

She just went about doing God’s work, resting in God’s presence and being renewed and recharged to tend to her community.

Just as we can use our gifts to tend to ours.

We hear the 23rd psalm so often at funerals and I confess that I have rarely preached on it otherwise.

It has been written that the 23rd psalm encompasses our relationship with God and our world in its entirety.

What more could we ask for?

It’s one of the few passages of scripture that sounds better to my ears from the King James version of the Bible.

There’s an interesting little twist in it about two thirds the way through, listen again while I recite it and if you know it, feel free to recite it along with me.

1 The LORD is my shepherd; I shall not want.

2 He maketh me to lie down in green pastures: he leadeth me beside the still waters.

3 He restoreth my soul: he leadeth me in the paths of righteousness for his name’s sake.

4 Yea, though I walk through the valley of the shadow of death, I will fear no evil: for thou art with me; thy rod and thy staff they comfort me.

5 Thou preparest a table before me in the presence of mine enemies: thou anointest my head with oil; my cup runneth over.

6 Surely goodness and mercy shall follow me all the days of my life: and I will dwell in the house of the LORD for ever.

Did you catch it?

Suddenly the imagery for the good shepherd, for the Lord, becomes female: Thou preparest a table for me in the presence of mine enemies…

Refreshing us for service.

Do you sometimes feel like some church work drags you down?

Does it sometimes feel as if you are walking through the valley of the shadow of death?

Death of the church you once knew?

When you think if you have to peel one more potato for a church supper you might flip out?

Don’t feel bad… sometimes it drags me down too… 😉

And you know when that happens the easiest?

When I haven’t spent enough time on my relationship with God.

When I haven’t taken the time to be refreshed by God.

You might think that is funny… after all, I am immersed in sacred work every day… but sometimes in the midst of that… my own connection, my own prayer time, my own time to be spiritually nourished can get overlooked.

I have become much better at not letting that happen.

I encourage all of you, in the midst of the business that is this place, to make sure you take time to pay attention to God’s presence… to experience refreshment and healing… to know that you are a beloved child of God.

The shepherds promise is that we will not stay in the valley… that we are moving THROUGH the valley… and the shepherd is there to lead and to guide us.

And the promise of Easter is that death does not have the final say.

That there is resurrected life.

Thanks be to God for the challenge and the opportunity of following Jesus. Amen.