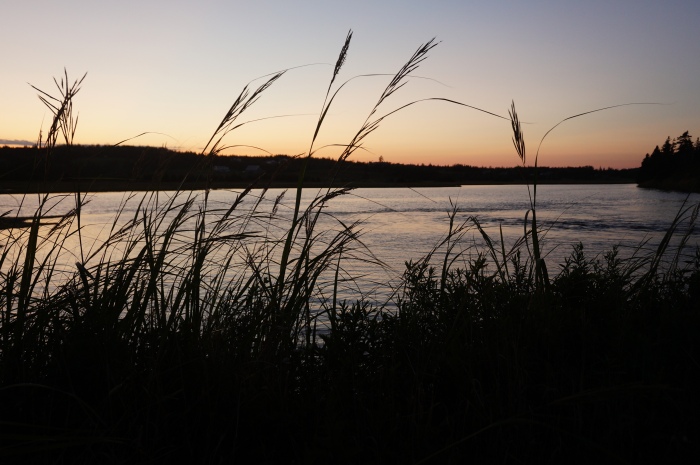 Good morning… I am Pharaoh’s daughter. Did you notice that, in the Bible, I don’t have a name? My father doesn’t have a name in the Bible, either, and this means that modern scholars don’t know just when this story happened. They think they are close, but aren’t really sure. A name means so much in so many ways.

BTW, just for a moment, think of your name, think of some wonderful times when it has been used. Take a moment to cherish it… While I will go on without one. All you need to know is I am Pharaoh’s daughter.

On the other hand, the Bible tells of two midwives, who do have names, and beautiful names they are, too. Shiprah, or Beautiful, and Pu’ah, but I have been forgotten. And, if you want to, this can represent a strange bias in parts of the Bible. It favours the poor… and not just the poor, but the destitute, the slaves! In a way, I was a slave, too… A pampered one, of course, but there were big plans for me! I was to be traded – they used kinder words, but that is what they meant. I was to be traded to another country, and to a king, as part of a treaty. The king already had a hundred or more wives, and he was far older than I was. I had no intention of becoming a plaything for someone in a strange land, with strange customs, strange language, strange religions. When my father, the Pharaoh, told me, I nearly collapsed… I felt as if I were being pushed around like the slaves who were making mud bricks… For a moment, I started to slide to the floor, but I caught myself…

I stood up as straight and tall as I could, looked into his eyes, threw my head back and glared, and stated firmly, “Never!” For a moment, I thought I might be thrown out to be with the slaves, but my mother stepped in to smooth it over… No, of course, she isn’t named, either, but I loved her deeply and thanked her in intense silence at that moment. Then, very slowly and with all possible respect, I bowed to my father, the ruler of all Egypt, the son of Ra, the chief god, and I slowly backed out of his presence, while he looked at me in disbelief. It may have been the first time in many years that anyone had spoken back to him, and he didn’t know what to do.

And so I came away with my life. I also came away with a real interest in these poor people, and in the country outside the palace. There was something different about these Hebrew people… For one thing, no one seemed to know how they got there… But there were a lot of them, and they were put to work making mud bricks to build two new cities. Apart from being covered in mud most of the time – at least, when I saw them, they spoke their own language, and, quietly, they sang their own songs. There seemed to be so many of them. And that was what sparked the complaining. And the talking… Some days, if I walked through the town, I would hear the Egyptians complaining, “It was good to have these strange people there to help with the building, but did we need so many of them?”

Of course, the talk filtered into the palace, and my father, the Pharaoh made a decree. No more Hebrew boy babies! The midwives to the Hebrew women were to kill the boy babies at birth. I don’t know how he thought that would make a difference. After all, it is girls who produce babies! But that’s the way it went. But it didn’t seem to make a difference… There seemed to be lots of boy babies, anyway.

So the chief midwives were called to account. I managed to be in a corner, and heard the accusation and the explanation… It fit with what everyone in Egypt already knew… The Hebrew women were stronger, more active, and could handle pain better than the Egyptian women. And the midwives always seemed to get there too late, and the boys lived. So, the midwives said they had almost nothing to do except note that a child had been born after all. That only made the rules harsher.

And, all this time, I put in my time… Walking among the reeds, watching the Egyptian boys fishing. Wondering if I would ever have a real husband. Wondering if I would ever hold a baby of my own. Then, one day, I heard a strange little noise, and went looking to see where it came from. Naturally, my serving girls went with me, and we found a little covered boat, about so long… The girls pulled it in for me, and opened it. Inside was a baby, carefully wrapped, as I had been told the Hebrews protected their children. It had to be a boy! When he looked at me, I felt warm all over…But he started to fret. I didn’t want him to make a loud noise, in case the authorities came and took him. The next thing I knew, there was a young girl at my side, bowing and looking right into my eyes at the same time. She spoke my language, but with strange course R’s and other letters that seemed to come right from her throat.

What a beautiful baby I had, she said. I looked at her in surprise. Did she think that the baby was mine? From the look on her face, I could not tell. He seems to be hungry, she said, with the same serene look on her face. Would I like her to find a wet nurse for him? She had to know that I knew something was going on. But my arms now held a real, live child…I was, in some ways, his mother! Yes, please, I said. And the girl almost disappeared into the reeds. In another moment, there was a woman by her side, reaching for the baby and opening her gown to nurse him.

So he grew up as my son, and I cared for him as a mother… At the same time, his nurse cared for him, fed him, changed him, and loved him through his years of childhood as he became a wonderful young man. I called him Moses. Some thought that I misunderstood and that it referred to water. It really means Son! The son I thought I would never have. And, except for Shiphrah and Pu’ah, I probably would not have had a son. Without their courage, and their readiness to stand up against the cruelty of my father, the Hebrew people would have suffered far more. Those midwives and I stood together against the unjust cruel law that my father decreed and found a way to preserve life in the midst of death. Those midwives were amazing women of courage.

Think of women of courage in your time.

The women of an organization called RAW which stands for ‘Reach All Women in War. This is an organization of women across ethnic and cultural boundaries who are courageously working as human rights defenders.

Women in Northern Ireland, traditionally divided by religion, who finally stood with each other and said NO! Our children will no longer senselessly bomb and shoot each other and die.

The women of Chile who stand vigil outside the government buildings seeking justice for their children who have been detained and lost.

These and so many others are demonstrations of women standing together against injustice and oppression.

But lets not exclude the men… After all, Moses, my adopted son, grew up to be a fine man… a leader among his people… The one who led them out of slavery in my home of Egypt.