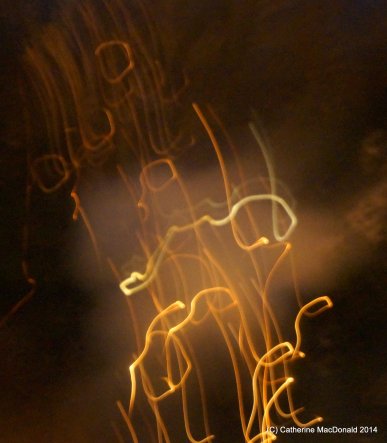 Despite the fact that I was appointed to this pastoral charge as your Interim Minister after some conflict, NOBODY wanted to share a faith story about friction! 

Is it because conflict is such a taboo subject in the church that we think that ‘good Christians’ don’t have conflict?

Have you ever been hurt by someone in the church? And rather than go and speak to that person directly, you talk to someone else about it. And then that person talks to someone else, and soon there is so much rumour and innuendo flying around that even you, who felt the original hurt, wouldn’t even recognize your story in the story that is heard. And in the meantime, sides get taken, there is hurt, loss of face, injured pride and holding on to grudges… and nothing is resolved.

Jesus offers us some very practical advice in situations like this… advice that is as pertinent today as it was 2000 years ago.

1. Put Your Complaint into Words

2. Tell the Person about It in Person

3. Counsel with Other Wise Christians.

4. Make Use of the Christian Fellowship.

Let’s look at them a little more closely.

Put Your Complaint into Words
This means rather than sitting and stewing about something, you actually have to formulate some words to describe the hurt or anger.

Tell the Person about It in Person
Actually go and speak to the person who you feel wronged by… not a phone call or an email, don’t post it on Facebook, but in person, where you can look that person in the eye.

Counsel with Other Wise Christians.
If the person refuses to hear you out, tell your story to 2 or 3 trusted individuals in the faith community and take them with you to see the person again.

Make Use of the Christian Fellowship.
If this doesn’t work, tell your story to the church… the ones who have been given the responsibility of leadership, not just the minister, but also the elders of the community.

But even this isn’t always going to work, so what next?

This has often been interpreted to mean that we should shun or ignore, or reject the person who has wronged you. But, when we look at it in the light of Jesus’ behaviour with tax collectors and Gentiles, what did he do?

• He welcomed them into the community that he was creating around him.

• And so we never give trying to bring that person back into community and communion with us.

• This doesn’t mean, doing whatever it takes to bring that person back into communion.

• It does not mean bowing to unreasonable demands, because that isn’t the mark of a Christian community.

We know conflict and disagreement happens in our church… and it hasn’t been handled as well as it could be. Like most things, our family of origin, how we were raised, has a lot to do with how we respond to hurt, anger and disappointment. But the new life that Jesus offers us means that we do not have to be held captive by the lessons of those early years. That we can find ways of living in community in the church and in our homes and indeed, in every aspect of our living, that are healthier and ultimately more life giving than our old ways.

And as Father Richard Rohr says, “Everything belongs!” Everything and everybody.

So the young and not so young… The cautious and the curious… The eager and the examiner… The enthusiast and the dissenter… The newcomer and the long time member… The rowdy and the dignified. And we gather around this table… the table where we all belong.

Communion is one of the Christian practices that bind us together. Craig Dykstra writes this, “Christian practices are not activities we do to make something spiritual happen in our lives. Nor are they duties we undertake to be obedient to God. Rather, they are patterns of communal action that create openings in our lives where the grace, mercy, and presence of God may be made known to us. They are places where the power of God is experienced. In the end, these are not ultimately our practices but forms of participation in the practice of God.”

Thanks be to God for the challenge and opportunity of practicing together, amen.