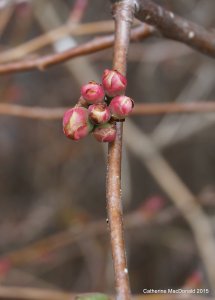 This was a monologue as ‘Mathias.’

You don’t hear much about me after I won the election to become one of the chosen 12!

I was so proud… me, one of the apostles!

Even though it was only by chance, by tossing dice that I won, that didn’t diminish my pride.

I was one of hundreds of men and women who followed and supported Jesus from the time of his baptism in the Jordan River to his death on a cross.

Although I have to admit, at his crucifixion, I was just trying to keep to myself in the crowd, not draw any attention that might identify me as one of Jesus’ followers.

You know it was dangerous!

I had my family to think about… what would they do if I were taken away like Jesus?

Most of us were afraid in those days… and even in the days that followed Jesus’ resurrection.

Those were such strange days…

Days filled with joy and astonishment.

Our hearts were so warmed by his presence… and yet so many of us were afraid.

When I started to follow him, I knew there was something really special about him.

That belief was sorely put to the test by his death.

But his resurrection… those times he appeared just when we needed him to… saying, “Peace be with you…” and opening up scripture once again so that we saw with fresh eyes and heard with fresh ears.

I didn’t understand how he came back… I still don’t understand it… and if I hadn’t seen him with my own eyes, I might have been like Thomas, needing to touch him.

Each time he appeared, we feared that it would be the last.

We hung on to his every word.

He was still trying to teach us how to live.

And not just teach us, but show us.
He showed us through the bread and wine of communion, the water and oil of baptismal blessing, that food, shelter and community were the important things in life.

And not just for some… for all…

You have to understand, the society in which we lived was very separated and categorized.

Jews didn’t associate with Gentiles, even within our own communities, the lepers and the ones possessed by demons lived on the edges… the lame and the sick were excluded from temple and communal rituals.

And the ones from our own community, like Matthew the tax collector, were hated even more than those from foreign countries.

We lived under harsh Roman rule… the Jews were an oppressed people subject to foreign overlords.

That’s part of the reason that Jesus was such a startling figure.

He LIVED as if all were equal.

It didn’t matter that by society’s rules and norms we weren’t.

Jesus lived compassion for all.

Look at me; I am a rich man by Jewish standards, see my fine robe.

But through Jesus, I learned that being rich doesn’t mean much if I don’t share that and try to create a better world and have relationships that bring me joy.

That was obvious in almost everything he did and said.

And he continually spent time with God.

He spent time in prayer… sometimes with us and others… sometimes alone.

One day he was explaining to us that he would shortly be leaving us once again and then he invited us into prayer.

It wasn’t special words or rituals, it sounded like part of a conversation, one that had been going on for a long time.

For the message you gave me, I gave them;

And they took it, and were convinced that I came from you.

They believed that you sent me.

I pray for them.

And my life is on display in them.

For I’m no longer going to be visible in the world;

They’ll continue in the world, while I return to you.

Holy One, guard them as they pursue this life that you conferred as a gift through me,

I’m saying these things in the world’s hearing so my people can experience my joy completed in them.

I don’t know about the rest of the disciples, but I got shivers up and down my spine when he prayed.

I was dreading the time when Jesus would no longer be with us, but also awed and humbled by the trust he was placing in us.

He left us to carry out his joy… and his joy was his mission.

Your Holy Scriptures tell our part of the story.

How we continued to gather and share bread and wine… and tell stories of Jesus’ life, death and resurrection…

And there was joy… so much joy…

My name is never mentioned again in your Holy Book… it might seem as if I did nothing after my election, but let me assure you… I continued Jesus’ mission to the end of my days.

Just like the hundreds and thousands of his followers, both named and un-named continued his mission.

Yet Jesus’ joy and mission is still not completed…

There is still hunger and violence and suffering in this world…

Sometimes so much that it is overwhelming…

It was so in my day too.

But my friends, to keep the despair at bay, we gathered.

Gathered to baptize and bless…

Gathered to tell the stories…

Gathered to share what we had with one another.

And it always happened… every time we were crushed by the weight of the world.

The bread, wine and stories sustained us and nourished us.

They reminded us that Jesus was and is still present.

And that certainty made emboldened us to live the way that Jesus taught us.

You are the next generation now…

You gather in this place to share bread and wine?

You gather here to bless and baptize.

You gather to hear stories of Jesus’ life, death and resurrection.

Good-bye my friends… I leave you with a question… “How are you participating in Jesus’ joyous mission?”

Bless you for being his followers.